The last story I did was about my love of scary movies and my hate of The Shining. This post is going to take the first part of that sentence and elaborate. 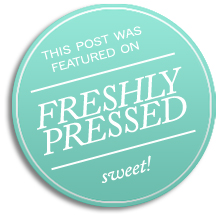 Since I loved horror movies, it makes sense that a lot of my inane fears came from them. The dead lady in the bathtub in The Shining is a terrifying scene. That, sadly, is the only really good horror movie that actually scared me. All the others were throwaway films designed to garner shrieks with sub-par acting, writing, direction, lighting, whatever. (Interesting note: I was never terrified of the boat scene in Willy Wonka and the Chocolate Factory. I was too distracted by the HOLY-SHIT-A-LANDSCAPE-OF-CANDY-AND-A-CHOCOLATE-RIVER to really care about that whole acid-tripping nightmare)

For example, The Ring gave me heart palpitations. For six days following that movie, I checked family photos to

make sure the faces weren’t distorted. A week later, when I was still very much alive (though very much a gullible idiot), I celebrated. I justified my fear by telling myself that a movie like The Ring was a great way to kill millions of people. That shitty video that all the victims watched really would work, and a little black-haired, drowned girl would crawl out of our televisions a week later to kill us off. It was a plot of the governments of the world to help with population control. Obviously. I was 12 when the movie came out.

In later years when my fear of dying after that movie subsided, that little girl still terrified me. I had a collection of American Girl dolls, and Josefina once was possessed by Samara. I’m not kidding. My mom and I were brushing my dolls’ hair in my bathroom, using water from the sink to make it easier to brush. I had combed Josefina’s hair over her face and was brushing at the knotted mess like my life depended on it. All of a sudden, I looked up into the mirror, noticed Josefina had clearly become Samara, screamed, and ran down the hallway. I wouldn’t touch her after that. My father offered to put the doll in the safe, but I refused because I didn’t want her breaking out and killing my parents, too. It was only me that black-eyed devil doll wanted (me, and the little party dress accessory you can purchase for $28).

Darkness Falls scared me sleepless for weeks. The pathetic thing here is, besides how atrocious the movie actually is, I didn’t see the movie until years after it came out. The previews were enough to convince me that an evil witch ghost, also known as the “tooth fairy” lurked in the shadows and was preparing to kill me. I slept with all of my lights on in my room. Not for a night or anything. For a month. (The nights where the brightness was too much, I slept in my parents’ room. Because evil witch ghosts can’t kill you when you’re in your parents’ room. Duh.) Again, I was 12 years old.

Attacks. That movie is hilarious, stupid, and hilarious (there really aren’t three qualities to describe that movie). The little bug-eyed aliens came in and put a chihuahua’s head on a woman’s body? HA-HA-HA. Their little guns made zapping noises? Hardy-har-har. The whole movie was filled with purposeful hijinks and pranks and shitty special effects? I should have been laughing constantly instead of crying. Granted, I was six at the time, so the fear made a little more sense, but that movie is way less scary and way more hilarious than any alien movie ever (Besides Monsters vs. Aliens. One line made me spit out my drink: “Is it getting warmer out here? Because that would be a really, really convenient truth.” I was 18).

These represent a smattering of the nightmares I accumulated through shitty horror movies. You may be wondering why I was so afraid of the most awful horror movies as opposed to the really good classics. In psychoanalyzing myself, I have decided it was because the movies were so terrible, I had to be scared of them just to gain something by watching them. Because seriously, I wasn’t going to get those 90 minutes and 8 dollars back.

Published by Highest Form of Whit